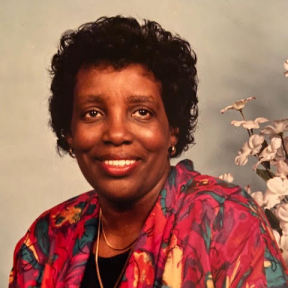 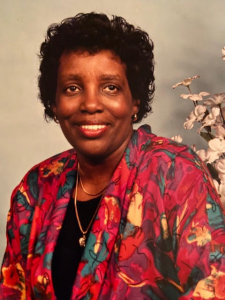 Carrie was the oldest daughter of the late Lenzy and Genola Anderson, both of Belton, South Carolina. Three siblings, Henry Winston, Doris Jeanette, and Betty Jo preceded Carrie in death. Evelyn Grimes is the only remaining relative in her immediate family.

After completing Austin High School in the “Class of ’52”, that same year Carrie married the late Douglas Johnson of Tignall, Georgia. They proceeded to have their family of four children, Patricia J. Gunter (Aaron) of Houston, Texas; Sandra Johnson Gray (the late Gordon Gray), Knoxville; Pamela J. Sands (the late Craig Sands) of Niceville, Florida, and Douglas A. (Flora) of Huntsville, Alabama.

For at least 30 years, Carrie was an early childhood educator. She started her career teaching preschool at Tabernacle Baptist Church. From there she was Lead Teacher in the core group that launched Knoxville’s HeadStart, a national preschool program. Her later career highlights include Green Elementary School’s kindergarten and first grade programs before retiring from Knox County Schools. Colleagues often sought her advice to promote positive outcomes for children and their parents in the public education domain.

Her church was a cornerstone in her life. She started attending Rogers Memorial Baptist Church at the age of eight and joined with her sister Evelyn shortly afterwards. Rogers Memorial became her lifelong church home. She loved her church, and actively served by welcoming visitors as a high school student, a weekly charge she accepted for almost 20 years. Additionally, she engaged in various women’s groups and special events including Women’s Day and church anniversaries.

Carrie and Doug loved to travel! They toured the United States from North to South and East to West. Her brother Henry affectionately called them “Roadrunners”. Just last year Carrie went sightseeing in Boston and Cape Cod with her daughters and granddaughter. She was also a member of the Red Hat Society and participated in their activities, often traveling to nearby cities for cultural events.

One of the most memorable occasions of her life was her 80th Birthday Celebration at the Beck Cultural Exchange Center. Reflecting upon the party, the over 500 birthday cards she received, those who attended, and those who helped make it happen brought her joy for the rest of her life.

A life tribute service will be held on Friday, November 5, at Rogers Memorial Baptist Church, with visitation from 10am – 11am and the service at 11:00am. Interment at East Tennessee State Veterans Cemetery, Lyons View Pike following the service. If preferred in lieu of flowers, please consider a donation to the American Diabetes Association in honor of Carrie Anderson Johnson. Arrangements by Jarnigan and Son.