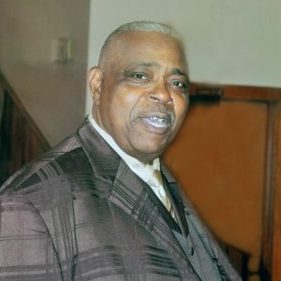 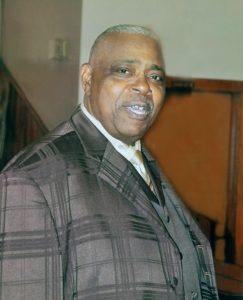 The Reverend William Andrew Caldwell, Jr., Pastor of the Mt. Sinai Baptist Church, on Jarnigan Street, passed away on Tuesday, May 3, 2022, at the University of Tennessee Medical Hospital. He was born in Chattanooga, Tennessee on August 9, 1950, to the union of William Andrew and Glenora Morgan Caldwell. He was one of eleven children who were members of this family; five survive him. Rev. Caldwell came to the Clinton area to participate in a training program, met Henrietta Griffin and remained here. He was later employed at Modine Manufacturing Company for a number of years, rising to a union representative. He became a member of the Mt. Sinai Baptist Church, during the pastorate of the late O.W. Willis, Sr. While a layman, he sang with the Mt. Sinai Male Chorus; was a member of the Finance Committee and a member of the Deacon ministry. He was called into the Christian ministry and was licensed and ordained at Mt. Sinai. Following the death of Rev. O.W. Willis, Sr., he became Pastor of Mt. Sinai, in 1997. To better equip himself for ministry, he enrolled at the Harrison-Chilhowee School for ministers. He later became a participant in the joint program to train hospital chaplains between the University of Tennessee Medical Hospital and the Knoxville Interdenominational Bible Institute. “Rev.” was active in the Knoxville District Baptist Association, serving as a Vice- Moderator and on active member of the Laymen’s Department; the Tennessee Baptist Missionary and Educational Convention, Inc; and the National Baptist Convention, U.S.A., Inc. He looked forward to travelling to and participating in the Ministers’ Division of both. He was a member of Gadson Chapel Lodge #33, PHF&amp;AM, Claxton.
Believing that “every pastor needs a pastor” he united with the Canaan Baptist Church and continued to look upon Dr. Harold Middlebrook as his pastor.

He made his transition on Tuesday on Tuesday, May 3, 2022, at the U.T. Medical Center. His memory will be cherished by his wife of 50 years: Henrietta; two sons, David and Will (Ashley) III; grand-children: Jordan and Makenzey; sisters: Willie Eva Carter, Mattie Smith and Marion Presley; brothers: James (Jeanette) Caldwell and Emmanuel “Jack” Finley; and a host of sisters-in-laws, brothers-in-law, nieces, nephews, cousins, others relatives and friends. He will especially be remembered by the members of Mt. Sinai Church for his 25 years of service. The remains will lie in state at Mt. Sinai on Friday, May 13, 2022, from 1-7 p.m., with funeral services on Saturday, May 14, 2022, at first Baptist Church (Clinton). The family will receive friends from 11-12 with the service commencing at 12 noon, with Reverend Ernest Scruggs, officiating, and Dr. Harold Middlebrook, as Eulogist, assisted by other ministers.